If you try to find out about Bitcoin from someone on the Internet, you’re probably going to get a variety of different answers. Some will call it “digital cash”, while others will claim it is “gold 2.0”. While these short descriptions do a good job of pointing out what Bitcoin can be used for in today’s society, it’s usually a better idea to understand Bitcoin as a technology instead of a currency or payment system. Once you understand the protocol, it becomes easy to see what kind of implications the P2P payment network could have on the financial world.

Bitcoin as a Ledger

In its simplest form, Bitcoin is nothing more than a ledger of accounts. If you created a spreadsheet on your computer with two columns (account numbers and balances), you would essentially have what is at the core of the Bitcoin protocol. You may be thinking that this kind of account ledger is nothing new, but the difference with Bitcoin is that the ledger is completely decentralized. This means that no one party is in control of changing account balances on the Bitcoin payment network. Instead of having PayPal or Wells Fargo keep track of everyone’s accounts, Bitcoin completes the task in a distributed manner.

Who Can Make Changes to the Ledger?

The only person who can make a change to a particular Bitcoin account is the person who holds the private key (kind of like a password) to that account. Instead of sending a message to a centralized server that you would like to take 5 bitcoins from your account and send them to Frank, you actually sign a cryptographically secure message that is routed throughout the entire network. Cryptography is at the center of what makes Bitcoin possible in the first place. Digital signatures cannot be forged, which is why the entire network can know the right person is sending out a transaction to the network. A malicious actor would have to steal the private key attached to a Bitcoin address if they were going to try to steal the bitcoins because only the person who controls that private key can determine what happens to those bitcoins.

Why is a Decentralized Ledger Important?

This is the first time that digital ledger has not had a central party controlling each account on the network, and the implications of this advancement in computer science could reach out further than just the world of banking and finance. The fact that the ledger is not controlled by a third party means there is no chance for censorship. If someone does not like a transaction made by one of the users on the Bitcoin network, there is nothing that individual can do to stop it. One of the best examples of this point was when Visa, Mastercard, PayPal, and others blocked donations to Wikileaks. Users of Bitcoin were still able to make donations because there is no company behind Bitcoin who could stop users from making transactions to a certain Bitcoin address.

How are New Bitcoins Created?

If something is going to be used as money, then it’s important to understand the supply of that particular commodity. The Bitcoin network creates new bitcoins on a transparent schedule, and the new bitcoins are awarded to Bitcoin miners who basically do the accounting for the Bitcoin protocol. At present time, 25 bitcoins are created roughly every ten minutes, but the amount created on this regular schedule is cut in half every four years. Although many people claim that bitcoins are deflationary, the reality is that they will be inflationary until the number of bitcoins on the network reaches 21 million. At that point, no new coins will be created, and bitcoins will become deflationary as the supply decreases due to people losing their coins from time to time.

What are the Benefits of Using Bitcoins as Money?

Due to Bitcoin’s decentralized and autonomous nature, it comes with many benefits that cannot be found with traditional currencies and payment systems. These benefits are what have attracted users to the protocol in the first place, so let’s take a look at some of the key perks of using bitcoins as money:

Censorship resistance – This point cannot be mentioned too much. This is the core of the bitcoin’s value proposition as a currency, and it’s what provides that underlying bit of value that all currencies need in the early stages of development. The ability to send value across the world without having to ask for permission is a very powerful idea, especially in certain parts of the developing world.

Lack of counterparty risk – Before the bitcoin, every form of digital money had some form of counterparty risk. Whether you’re talking about digital USD held in your bank account or bars of gold held in a vault by e-gold, the fact of the matter is that these forms of money require you to trust a third party to actually have the physical commodity that’s backing up the digital currency. Bitcoins do not need any backing because the fact that they’re censorship resistant give them value on their own. This means that users of Bitcoin can handle their own private keys and hold their bitcoins like cash.

Low costs – Although the state of transaction fees in the Bitcoin payment network could change in the future, the system is still relatively cheap right now. Transactions usually cost roughly $0.05 at present time, which is a large improvement over the $0.30 base fee that is involved with most credit card models. Other projects, such as Open Transactions, should be able to bring transaction costs down even more while also maintaining a payment model that is not centralized.

Fast transactions – Bitcoin transactions are instant, and they are then confirmed into the Bitcoin blockchain roughly every ten minutes. Each confirmation increases the security of a past transaction, and no other payment model in the world can offer these kinds of absolute payments in such a short period of time.

Lack of chargebacks – There are no chargebacks in Bitcoin, which means merchants don’t have to worry about a past customer reversing a transaction after a product has been delivered. This removes the costs of fraud prevention for the merchant, and consumer protections can still be built on top of the Bitcoin blockchain for people who need an extra safety net.

Transparent monetary policy – The rate at which bitcoins are mined is easy for everyone to see, so there is no reason to worry about problems related to inflation. Various central banks around the world are notorious for robbing their citizens through the inflation tax, which is why some view the bitcoin as a proper hedge during periods of excess money creation.

Privacy – Although Bitcoin is not anonymous by default, it can be used in ways that are extremely private with the right tools. Work is also being done to improve the anonymous nature of Bitcoin transactions, and it should not be too long before features such as stealth addresses and trustless mixing allow users to enjoy the possibility of user-friendly anonymity.

It is clear that there is value in bitcoins as money, but we have still yet to see just how valuable they will turn out to be. Bitcoin has turned out to be successful in areas of finance where there is the most friction up to this point, but we will have to wait to see if it expands out into the mainstream over the long term. 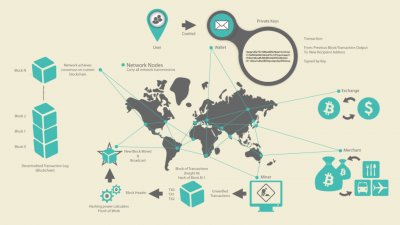 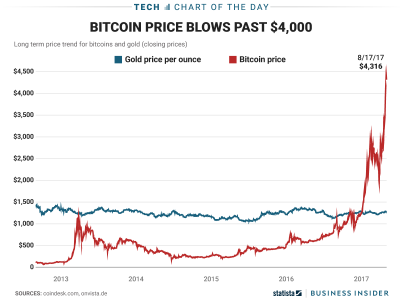